So I wrote a post last week but the post deleted itself, and I didn’t have the energy or desire to rewrite it then, so I’m doing it now.

Two weeks ago now I had my final Spring Break probably ever and in true Cammie fashion, I spent the majority of it doing the same routine I normally do, but with one exception. On Tuesday I went to Wilmington with some girlfriends for a day trip, and I had a blast. We started the day deciding who would drive by a rousing game of “Rock Paper Scissors”- a total adult move. I lost so I drove. No biggie though- it’s like an hour and a half. We loaded up into the car and made our way east. We arrived in Wilmington hungry, no surprise there, so we parked and quickly began a search for a yummy restaurant. Well we found one- The George which is perfectly situated on the river and even allows puppies! They have the BEST seafood nachos I’ve ever had- get them…do it! Seriously though, get them. 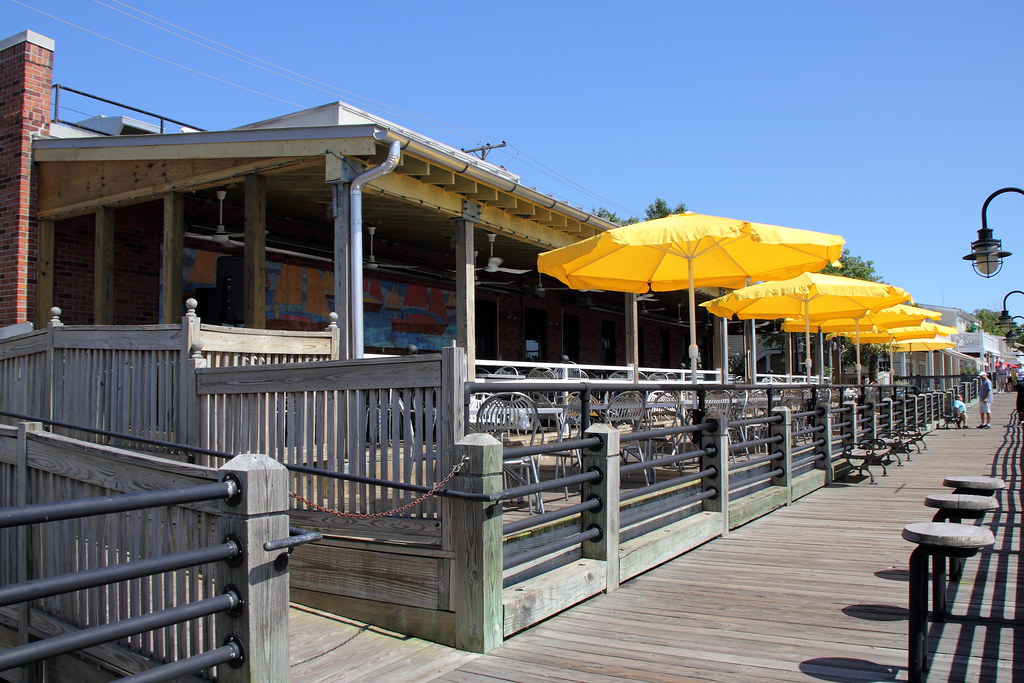 We had a delicious meal and drinks, aside from the kids at EVERY table and the silly men walking by with their music excessively loud for all to hear. With our bellies full and happy thoughts of future ice cream we began our journey through downtown Wilmington. We shopped and walked, I picked up two postcards per usual, and we slowly made our way to Kilwin’s, the only thing we had planned from the beginning of the trip. It did not disappoint. But at the shop before it there was a sign outside that said, “Treat Yo’Self” and how fitting was that. It became our theme of the day. A girls’ beach day with great food and company and now ice cream! What a treat indeed.

They’ve got delicious homemade candies, chocolates, fudge, etc but I was there for the ice cream and homemade waffle cone. Goodbye normal diet, hello delicious food; I’ll be better tomorrow, promise. And boy was it worth it! As we finished our ice cream and made our way back to the car we decided we should head to Wrightsville Beach. Great choice- too bad it was so windy. I didn’t mind although my companions did not seem to enjoy it as much; my toes were in the sand, and I could smell the ocean (two of my favorite things). I miss the beach; one day I want to move back. Anyways, we amused ourselves people watching and collecting seashells while walking the beach and decided to grab some coffee at Port City Java before heading back home. Is that where the chain began? We couldn’t figure that part out, although we didn’t look too hard.

We finished our wonderful day with a car ride of silly songs, especially great punk rock/emo songs from the 90’s- I’m looking at you Good Charlotte 🙂 and a dinner at Humble Pie. 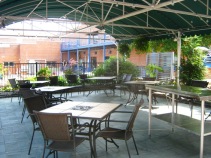 Get the cheese plate with the weird name and ingredients you’ve never heard of- it was the best choice we made, but all of it was so good. I can’t believe I hadn’t been before even though it’s been on my list. Well I got to check that off, as well as a wonderfully relaxing and enjoyable day with some friends. The weather was perfect albeit a bit cold, but hey I was at the beach so I was content.

Lessons learned: “Rock Paper Scissors” is an acceptable way to decide something. The George has amazing seafood nachos. When at Kilwin’s, upgrade to a waffle cone- it’s totally worth it, and try new things. Here’s to a fun beach trip with two lovely ladies!